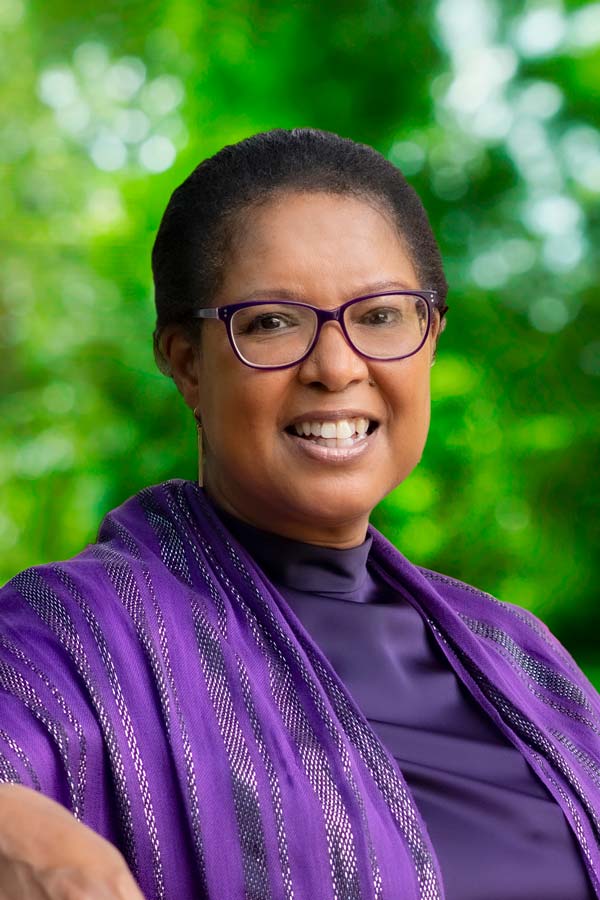 “I want Dogwood to be a national model for sustainable health and wellness. By collaborating with nonprofit partners and other endowments, we can do transformational things for Western North Carolina.”

Carol Burton’s journey to WNC was directly influenced by her mother, who she describes as a “very progressive Jamaican matriarch” who valued education and opportunity and imbued these values deeply within Carol. Born and raised in inner city London, England, Carol moved to rural Jamaica in high school. Upon graduation, her mother encouraged her to pursue her bachelor’s degree in nutrition and dietetics at Western Carolina University. The University has a 50-year relationship with preparing Jamaican teachers, which is how her mother learned of the institution. Carol chose to take advantage of this opportunity and, unbeknownst to her at the time, followed the path that led to her dedicated passion for higher education in the WNC community.

Carol is passionate about emphasizing the interconnectedness between public higher education and community engagement. “Universities in rural areas often serve as the heartbeat of the places they inhabit, creating important resources and benefitting from the rich local culture and heritage, bridging gaps in opportunity and increasing socioeconomic mobility for residents,” she says.

Since 1992, Carol’s service to WCU as both an educator and administrator has been expansive. Currently occupying the role of the university’s Vice Provost, she has also served as Acting Provost, Assistant Vice Chancellor for Undergraduate Studies, Director of the Southern Association of Colleges and Schools (SACS) Review and faculty member for a variety of courses and seminars for both graduate and undergraduate students. Her numerous roles on local boards and committees demonstrate her commitment to community service and her experiences in accreditation and assessment foster organizational accountability for those institutions with which she works.

Having grown up with the experience and appreciation of living in both urban and rural environments, Carol always preferred the landscapes, lifestyles and cultures of rural communities. She recognizes the misconceptions of the WNC region, particularly among those who view the region as lacking diversity. Carol has leveraged her roles in the community to shift the narrative and shed light on the diversity, synergy and potential of WNC. When asked why she was interested in serving on the Dogwood Board of Directors, she said “the far western counties in this region have much to offer as well as many needs. Considering Dogwood’s purpose and resources, the potential to do good was too compelling to turn down.”