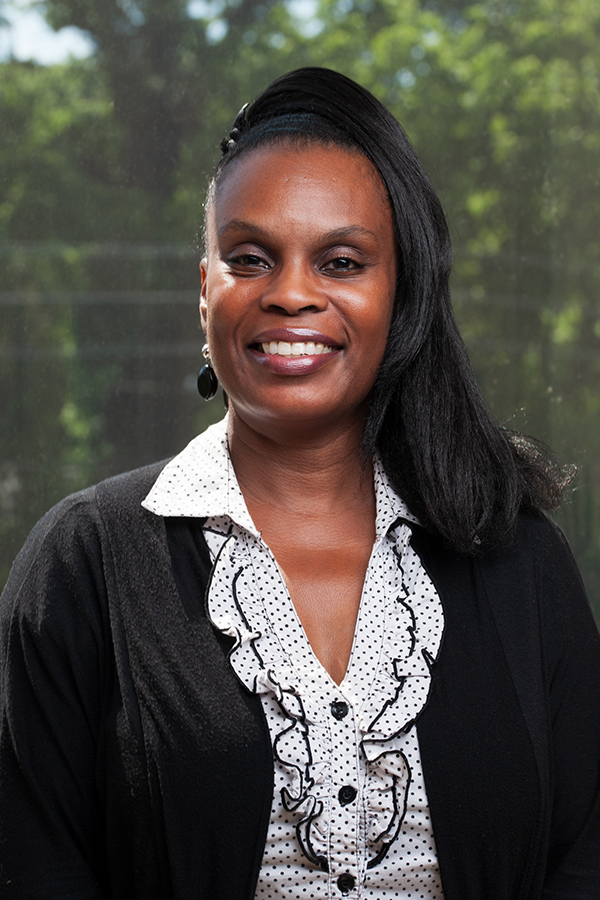 “I believe everybody placed on this earth has a purpose, and each and every day you should be striving to fulfill that unique purpose. For me, that’s giving back until I have nothing left to give.”

As the oldest of five, Dawna has been a leader and caretaker her entire life.

“When I was younger,” says Dawna, “I would always try to solve my siblings’ problems, and I would do everything I could to find a solution whether it took two minutes or 10 years.”

That same giving spirit followed her into adulthood. Four years ago, Dawna donated a kidney to her brother who was experiencing kidney failure.

“The whole family got tested to be donors, and I was the best match,” said Dawna, who agreed in a heartbeat. “The decision was simple. A person I love was in need and I held the keys.”

But Dawna’s family has not been the only recipient of her generosity. For nearly two decades she has served as an outreach coordinator at the McDowell Senior Center, facilitating home services for residents and helping Medicare beneficiaries make informed decisions about their health care needs.

Dawna began working at age 13 as an office assistant at McDowell High School during the summer and later interned as a bookkeeper. After becoming a single mother at 16, Dawna’s parents – her father was a military veteran and officer in the McDowell County Sherriff’s office, and her mother was a factory worker and studied to become a nurse – offered to take care of her son so she could attend college. But Dawna was determined to raise her son on her own.

“So many people up until that point had sowed seeds that helped shape me into a strong, determined and positive person,” she says. “I just knew I could do it on my own because of the people who believed in me, and I knew I wanted to be able to give others that same support down the road.”

After deferring college for several years, Dawna graduated from McDowell Technical Community College and began working a host of jobs, including work at a factory and car dealership. It was during that time that Dawna became passionate about improving the schools her children attended and supporting the faculty to help them provide the best education possible.

Whether petitioning county and city officials to implement a countywide transit service so residents could more easily access jobs and housing or encouraging groups to write “love letters” to immigrant neighbors, Dawna’s imaginative approach to service has benefited and empowered the entire McDowell County community.

The recipient of the 2019 Duke Energy Citizenship and Service Award and the Martin Luther King Jr. Spirit Award, Dawna credits much of her success to simply listening to and engaging with members of her community, a trait she values in Dogwood Health Trust.

“Listening to the people who might be affected by decisions I make has been a critical part of my leadership development,” says Dawna. “The folks who live here know the problems better than anyone. It’s just a matter of listening to determine how I can be the best partner in finding solutions.”